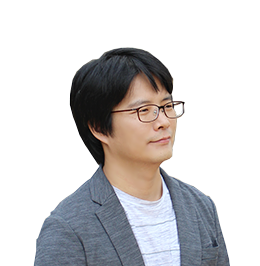 The Institute of Confucian Philosophy and Culture (ICPC) at Sungkyunkwan University (SKKU) celebrated its 20th anniversary last year, in 2019. ICPC was established in 2000 to pursue research excellence with a focus on the reinterpretation of traditional Confucian thought and culture in the contemporary world. Since its founding and over the past 20 years, ICPC has made efforts to realize this vision in various ways. In its early stage, ICPC facilitated interdisciplinary research, working with other disciplines such as those in the social sciences, and attempted to develop new understandings of traditional Confucian thought from different perspectives. ICPC has also organized and hosted a number of seminars, workshops, and international conferences on various topics related to philosophical, religious, and political aspects of Confucianism. In addition, ICPC has played a leading role in laying the foundations for digital humanities in Korea over the past 10 years by working on the government-funded project to establish an open-access digital library that makes the Korean Confucian Classics and other Korean Confucian texts available online (韓國儒經編纂中心, http://ygc.skku.edu/index_2013.jsp?location_type=eng). ICPC has published nineteen research books in Korean in its “the Confucian Philosophy and Culture Series (儒敎文化硏究叢書).” In addition to this publication, ICPC biannually publishes the Journal of Confucian Philosophy and Culture (JCPC) in English. JCPC is a peer-reviewed international journal, and it is the only English journal dedicated exclusively to research concerning the history and contemporary relevance of Confucianism (http://jcpc.skku.edu/).

On the basis of the aforementioned efforts and achievements made by former ICPC directors and many talented collaborating researchers, this historic research institute is now preparing for another 20 years of deepening the study of East Asian philosophies with a focus on Confucian Philosophy. ICPC will continue its research endeavors to live up to its on-going vision in the context of this new era. It looks forward to your continuing help and encouragement!